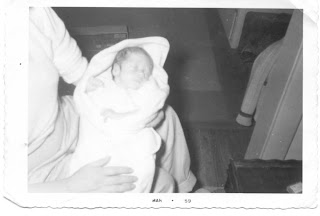 If you want to invite complete strangers to say completely stupid things to you, here's what you do: go out in public accompanied by your three girlie-girl daughters while you're visibly pregnant. Every comment is a variation on the same theme.

Good grief. It makes me want to scream.

First of all, there's the fact that it's none of their business. Even if I knew the gender of my baby, why would I share that information with every passing stranger? But the entire issue is so much bigger than people who stick their noses in where it doesn't belong.

To start with, in my opinion, the only reason for any couple to have another child is because they genuinely want to nurture, love and enjoy a new person in their family. Period. Trying for one gender or the other is a pretty negative way to create new life, because no matter what people say, they are likely to be disappointed if they don't get what they want.

But this issue of BOYS is really frustrating to me. I don't understand how we can live in the 21st century where discrimination on the basis of gender is supposed to be a thing of the past, and yet Joe Q. Public still thinks that any family with 3 girls is incomplete without adding a boy. Frankly, I'm aghast. Isn't the entire notion of gender completely old fashioned? Shouldn't people feel as stupid about wishing me a boy as they would about wishing me a new washboard? And it's not just that people want me to have a boy--they want me to want a boy. Even people who I consider to be friends have said that I need to experience a boy. What does that even mean? I can't think of anything about raising a boy that I would do differently from the way we are raising our girls.

I can't even begin to explain how much gender does not matter to Partner-Guy and I. Every child born into this family is going to be raised with the same values and expectations. Gender is so irrelevant. The experts agree that there is much more variation within the sexes than between them. Further to that, all fetuses begin as females and at about 8 weeks gestation the presence of testosterone determines whether or not the tiny sacs in the pelvis descend and become testicles or ascend and become ovaries. So what I've always said is actually true: a boy is just a girl who's a boy.

It bears repeating: a boy is just a girl who's a boy. It is primarily parents who create gender associations in children, which is to say that parents tend to ascribe what they consider to be 'boy attributes' to boys and 'girl attributes' to girls. Where parental stereotypes leave off, society and the culture of schools fill in the gaps to make sure that boys are boys and girls are girls. Just try to buy clothing for a boy toddler that doesn't have a truck or a superhero or an aggressive animal like a dinosaur on it.

I've noticed for years that almost every mother of a son under the age of 12 calls him 'Bud' or 'Buddy' as a term of endearment yet I've never heard a mother call her daughter 'Girlfriend' or 'Gal Pal'. Why? What is there about the way mothers relate to sons that makes 'Buddy' an appropriate nickname? I think if parents expect a boy to be different from a girl, he will be. I expect each of my children to be unique and to desire to individuate. Why would I look for ways that my son was different from my daughters any more than I look for ways that my daughters differ from each other? And why do people assume that Partner-Guy naturally desires a son? Does a Dad need a son to feel fulfilled? Not the dad at our house!

The result of all this attention and pressure on us to want a boy is that we have actually become hostile to the idea that our baby is male. I don't even want to compose a birth announcement that says "It's a boy!" because it seems to imply that we are somehow more delighted with a son than with another daughter. I'm literally afraid of the comments I'd get when I'm out in public with an infant son. "Oh, you finally got your boy!" some idiot will say, and I'd be forced to come up with an answer that doesn't insult my son while also standing up for my daughters. Nothing comes to mind except "Your comment offends me on behalf of my daughters. My desire for another child has never had anything to do with gender." Is that too rude? Well, consider the lady up the street who told me after Holly was born, "Oh, well. Maybe next time you'll have a boy." Or the total stranger who asked last week if this baby is a boy. I answered, "If it is, I hope he likes pink!" and the man said, "Oh be nice! You'd be lucky to have a boy!"

People are NOT just making idle conversation. They are making a judgement about gender. They are completely rude and mean and I don't care if they don't know any better or come from a generation or a culture that values boys over girls. Similar comments about race would not be tolerated or acceptable and I should not have to acquiesce just because people are stupid.

And it's not that I care that strangers, neighbours and friends think having a son is really important. It's that I care about my daughters (especially #2 and #3) being viewed by society as if they are just placeholders until the all-important male joins the fold. I'm pro-girl, not anti-male, and having a son will not change that.